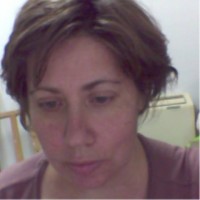 Anel Gur (Elena Gurovich) was born in 1973 to a family of intellectuals and scientists in Frunze (now known as Bishkek), Kyrgyzstan. Being surrounded by scientific and creative people in her family, Elena naturally had an interest in science. But much more her soul was drawn to poetry, music, dance, philosophy and art. She studied art with the renowned painter, Alexei Kamensky.

In 1995, Elena graduated from Kyrgyzstan University with a major in Physics and a specialization in Astrophysics.  As a student at the University, she was an illustrator for Kyrgyzstan newspaper.

She currently lives in Haifa, a city in the North of Israel. Her paintings portray fantastic, mystical, and celestial landscapes of Israel while including such themes as the interconnection of mystical and real life, characters full of love, energy and music accords that fill by tastes and tenderness the Life. The motto and goal of Elena’s art are the World, Love and Life itself.

2013 Haifa. Auditorium.The Cash Price for second place  in  the competitive exhibition by the name "Mount Carmel in the brush stroke"

2015 Exhibition of the Givatayim Artists and Sculptors Association Ramat Gan

2016 Exhibition of the Association of Illustrators in honour of Human rights and of the memory of Adam Fish. Haifa

There are 12 Products
Sort by 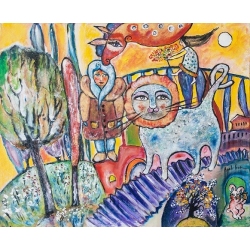 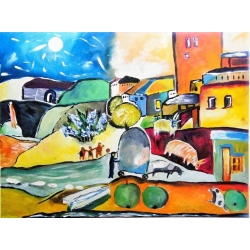 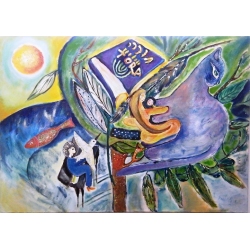 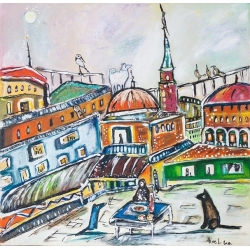 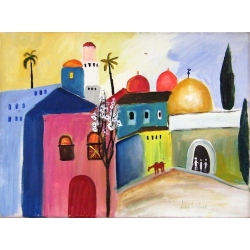 THE COURTYARDS OF JERUSALEM by Anel Gur
£169.99 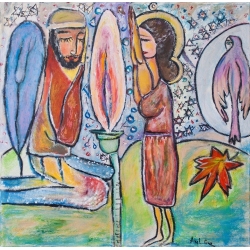 PRAYERS FOR REUNION AND HARMONY by Anel Gur
£475.00 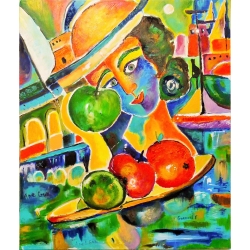 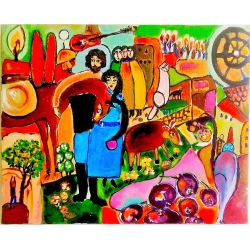 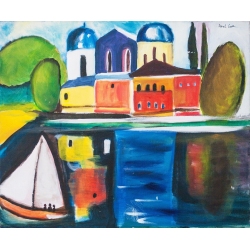 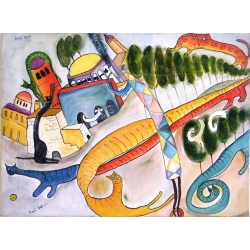 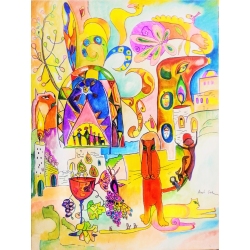