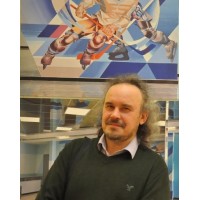 Ivan Nesvetilo is the author of paintings, wall paintings and reliefs that adorn private and public spaces not only in Russia but also in many other countries of the world. His works are in eight state museums of Russia, Ukraine, Italy. Vigorous creative activity began in the 1990s when at the initiative of the artist creative groups were created (“Triangle +”, “White Pyramid”) and even an artistic direction (“bi-reality”). Expressive painting, balancing on the verge of realism and abstraction, has its origins in the Russian avant-garde and German neo-expressionism. A free broad stroke, imagery and figurativeness, rich colour are most organically embodied in the works on the theme of music.

Ivan Nesvetilo was born in 1959 in Belgorod.
In 1975-1979 studied at the art school (design department) in Orel.
1984-1990 - continued art education at SPbGHPA them. A. Shtiglits (formerly LVHPU them. V. Mukhina) at the faculty of monumental and decorative painting.
In 1993-1994 worked as a decorator at the Mariinsky Theater.
Since 1994 - a member of the St. Petersburg Union of Artists.
In 1994, he participated in the International Symposium on Art in Mukachevo, Ukraine. He received the first prize and was awarded a tour to Hungary and France.
In 1997 and 1998 the artist lived for a long time in Mexico, where he participated in the exhibition “Russian Watercolor” at the National Museum of Watercolor in Mexico City and held solo exhibitions in three private galleries.
In 1997, more than 100 works of the artist acquired a collector from San Francisco.
He was the artist of the year in 1998 as part of the Blue Pages project.
1999 Participation in the exhibition of Moscow and St. Petersburg artists at the Center for Mesoamerican Studies at the State Humanitarian University in Moscow.
In 2002-2008, he executed a series of historic interiors of the Stroganov Palace (State Russian Museum) by order of the Chairman of the State Hermitage Foundation Paul Rodzianko (USA).
2012 - Personal exhibition and cycle master classes in Guarda, Portugal.
2013 - Personal exhibition and master classes in the Russian Cultural Center, Madrid, Spain.
2016 - Exhibition and study open air in Luzzana, Italy. He was awarded the Medal of the Luzzana Museum of Contemporary Art for the development of Russian-Italian artistic ties.

In the years 2003-2019 A number of design projects in private and public interiors (wall paintings, paintings, decorative and applied arts) were developed and executed.
Currently, he is a member of the Board of the monumental art section of the Union of Artists of St. Petersburg, an active participant in exhibitions (more than 150 groups, 20 personal).

There are 12 Products
Sort by 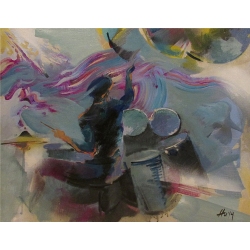 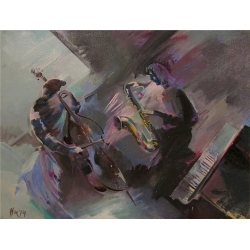 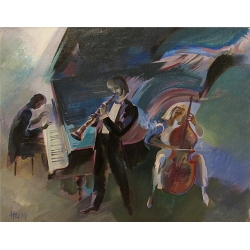 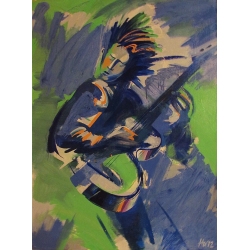 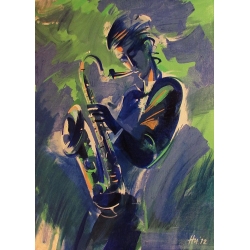 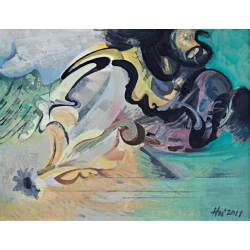 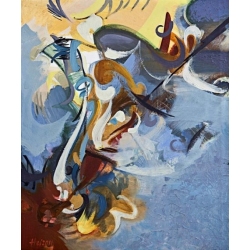 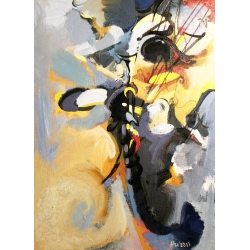 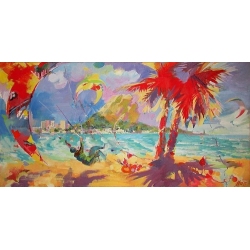 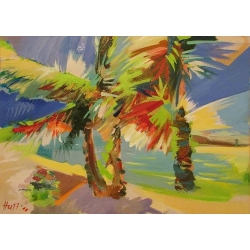 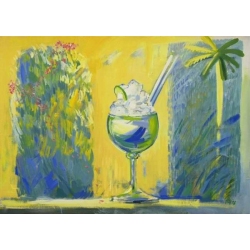 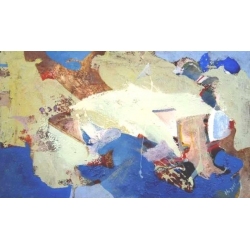 FEELINGS OF THE COAST by Ivan Nesvetailo
£655.00